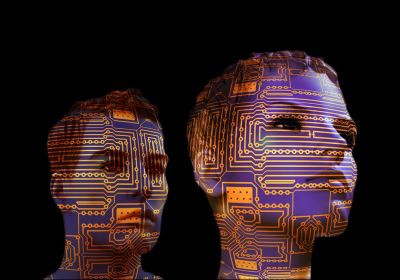 In Fall 2017 and in collaboration with colleague Matthew Kenney, I offered a new course entitled Physical Computing, a critical media studies approach to the emerging ecosystem of internet-connected devices known as the Internet of Things, or IoT. When paired with Wi-Fi circuitry and augmented with sensors, virtually any object – a toothbrush, a lightbulb, a refrigerator, even a John Deere tractor – can become a “smart” thing that senses, collects data about, and responds to the world around it.

The discourse surrounding IoT is compelling. Some have associated pervasive IoT with a “Fourth Industrial Revolution,” whereas others have suggested that instead we will be inundated by useless things we don’t need, relentlessly adding to an already colossal e-waste ecological footprint. Still others have focused on the privacy and security concerns that accompany ubiquitous, always-on connectivity. Media studies scholars have critiqued the promise of smartness these technological platforms invoke. For contemporary philosophers, the idea of millions of interconnected machines offers much to chew on in terms of theorizing a critical posthumanities.

Like many of my classes, this particular course aspired to knit theoretical and historical reflection on the issues outlined above together with hands-on making, technical know-how. Media studies must train students to be critical makers, not merely critical consumers of media. As Douglas Rushkoff has argued, literacy has long been associated with teaching both reading and writing, and so too critical computational media literacy should not only equip students with the ability “read” the Internet of Things – to interpret and critique IoT’s social, economic, and political implications – but also train them to “write” technologically, to instantiate critical thinking in technical objects. Consequently, alongside readings and class discussions on IoT technology, I wanted my students to learn the fundamentals of prototyping IoT devices: microcontroller programming, cloud-based communication protocols, and the basics of circuit design.

Given LAMP’s focus on composition across media, my goal for the Bacca Fellowship, concurrent with the course, was to develop a midterm assignment that encouraged students to think about circuit board design and fabrication as critical/creative practice. Most products tend to black-box circuit boards and their designs are usually framed in purely instrumental terms: routing electricity through a network of electronic components in the most cost- and space- efficient manner. But what possibilities surface when we consider the circuit board as an aesthetic object or as a medium capable of embodying an argument about, for example, the machinic redistribution of human agency or the politics of e-waste?

It became clear early in the Fall that effectively preparing students to embark on such a midterm project for that term would require significant restructuring of the course: my planned curriculum emphasized programming and cloud-based APIs at the expense of sustained attention to circuit fundamentals. Moreover, students were understandably excited about using the IoT development boards that each received free through the generous support of the Duke Digital Initiative; I was loathe to squash that enthusiasm with a return to more fundamental concepts. So, I pivoted from my original LAMP “Try One New Thing” goal of implementing the midterm assignment in the Fall and instead used the course as an experiment to model the subset of literacies that students would need to successfully pursue the assignment when I next teach the course.

Throughout the Fall, then, I sketched out a repertoire of activities and resources that would build toward such a midterm project, including:

My fellow LAMP colleagues also helped me to think about how to involve the students in developing a rubric for evaluating these projects, an exercise that engages students in the co-production of the midterm project’s goals, scale, and scope.

Looking back, what was most surprising about this first iteration of the course was the recalcitrance of “instrumental thinking” in relation to IoT devices specifically. The undergraduate students in the course – especially those in STEM fields – had significant difficulty in conceptualizing their projects in anything other than instrumental terms (e.g beyond devices that “sense X, do Y, and do so efficiently”).  Efforts to nudge the students in new, more playful or risky directions often failed.  I recall my colleague Matthew Kenney responding to one student’s proposal to “make an X that does Y.”  Matt encouraged the student to instead adopt a Rube Goldberg approach: “make an X that does Y, but in a completely unexpected way, perhaps doing A, F, and T along the way.” Their response: “I really like your suggestion that I make X do Y” as if the proposed detour through other parts of the alphabet had never happened! My hope for the Fall is that foregrounding the aesthetic and the polemical/political components of circuit boards from the start of Physical Computing v2.0 will loosen the grip of this way of thinking.

ABOUT THE AUTHOR: Mark Olson is Cordelia and William Laverack Family Assistant Professor of Art, Art History & Visual Studies at Duke University. He teaches courses on media (old and new – history, theory, & practice) and medicine & visual culture. His work focuses on emerging technologies and their impact on communities of practice (artists, surgeons, art & architectural historians).  He is co-director of the S-1: Speculative Sensation Lab  a founding member of the Wired lab for Digital Art History & Visual Culture, and co-PI on the Neuroplicity project.