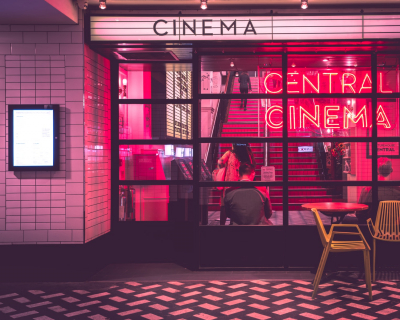 Each spring, I teach a course called Intensive Elementary French, which has become one of my favorite courses both for the students it allows me to interact with and the pedagogical puzzles it presents. The class attracts a group of students who are ready to devote a significant amount of time to learning French for personal, academic, or professional goals that are as lofty as they are varied. However, it also presents something of a perennial casse-tête. How do we best manage to fit a year’s worth of French language learning into a single semester? How do I bring in authentic content, or design coursework and assessments that are both realistic for students’ developing proficiency and intellectually stimulating? How do we reconcile these very motivated students’ sophisticated goals for their French learning with the fact that nearly all of them arrive to the first day of class knowing functionally no French?

Over the years, I’ve designed, scrapped, and redesigned nearly every component of the course in an attempt to puzzle through these questions, with greater or lesser success. One of these lesser successes has been my approach to student writing, as I often end up “settling for” well-worn but fundamentally inauthentic forms of written expression that treat beginning learner writing as a vehicle for deploying thematic vocabulary and grammar, often with little regard for the types of writing students could expect to encounter, or indeed even produce themselves out in the real world. Predictably, these assignments tend to elicit student work that demonstrates appropriate language but content that often seems bland or forced.

This represents a real missed pedagogical opportunity. After all, shouldn’t written texts, with their deliberate construction of meaning based on careful attention to language and opportunity for multiple revisions, make them the ideal venue for these enthusiastic students to do meaningful, sophisticated work with their developing French? My participation in the 2018-2019 Bacca fellowship gave me the push I needed to try to harness the potential of beginning second-language (L2) writing and to rethink the ways in which my students were engaging with and producing texts. With the help of the fellowship’s conveners and ample opportunity to workshop ideas with colleagues in my cohort, I set out to experiment with a more genre-based approach to one formal written assessment.

Genre-based pedagogy is not new in the field of language pedagogy, but was new to me. Defined broadly, in a genre-based approach to writing, learners engage carefully with authentic model texts, studying them both for their genre-specific conventions and the organizational strategies and linguistic features that allow the authors of these texts to effectively communicate their message. Fortunately for my project, the growing body of research in genre-based approaches to L2 writing offers not only a rich theoretical framework, but also a vast array of practical models to draw upon. For the purposes of this small-scale pilot, our model genre was the film review—a genre that is familiar to students, that has a framework that is at once fairly predictable and widely variable, and that can be tailored to draw upon the types of language appropriate for early-proficiency learners.

I had two major goals for this task. First, by asking students to begin the work of writing by being careful readers, I hoped to give them access to textual frameworks and linguistic features from which to draw in their own work, thereby making the composition of a more sophisticated, intellectually satisfying text feasible for my first-semester students. Second, and perhaps more importantly, by creating space in the course for the time necessary for collaborative work in both the reading and the writing phases of this project, I hoped to help foster a classroom environment that was supportive of my students as L2 writers who had meaningful things to say and that emphasized the essential role both the writer and the reader(s) play in making meaning through texts. I hoped also to expand the idea of the “audience” for my students’ work beyond just me.

We began our work on this project roughly midway into the semester, starting first with the screening and subsequent discussion of an iconic French comedy, Le diner de cons. From there, students compared French- and English-language reviews of this film, as well as reviews others they knew well*. We spent time examining these texts together to determine:

Students then spent time bouncing ideas off of each other and brainstorming lists of useful vocabulary and structures during a short initial collaborative work session before working independently to complete a draft their reviews of the film. A few days later, they worked in groups of 2 or 3 to conduct a peer review / workshopping session, the framework for which I adapted from the work Jennifer Ahern-Dodson shared in one of our LAMP meetings. During this session, students read each other’s work with an eye toward how well their partners effectively communicated their ideas, and how well their texts conformed to the very loose genre conventions we’d outlined during our initial reading phase. After another round of revisions, students posted their polished texts to the course blog, where comments on each others’ reviews furthered the discussion.

This experiment added a breath of fresh air to our engagement with written texts—both our authentic genre “models” and our own work—and the students’ final work was excellent. They invested seriously in producing film reviews that “sounded authentic” and got their points across, and having linguistic and contextual models at their disposal gave them a scaffolding on which to build their own work. Where previous semesters’ writing about film produced essays that were richly descriptive but struggled to make an argument, this semester’s students had the time and reader feedback necessary to use their French to craft a film review structured around one or two key arguments geared toward their classroom “audience.” As I look forward to the next iteration of this course, I am eager to continue experimenting with genre with my students.

This work is licensed under a Creative Commons Attribution-NonCommercial 4.0 International License. Any use of it must give attribution to the author.

ABOUT THE AUTHOR: Sandra Valnes Quammen's research focuses on second language acquisition (primarily at the elementary level) and on pedagogical applications of technology.