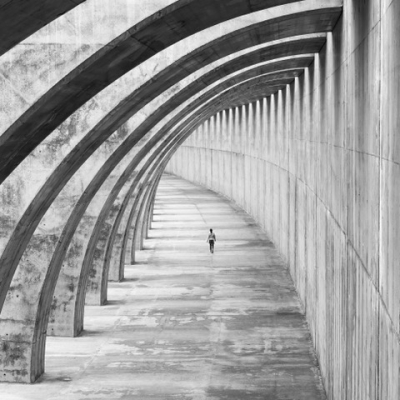 Somewhere around two-thirds of the way through the semester, I start falling behind. Even when I’ve taught courses many times, I finding it increasingly difficult to keep up with my teaching commitments than I did as a new faculty member. And since I see the same pattern across multiple classes, I have to cop to the possibility that the problem lies not with the students but rather with my own approach to teaching. My colleagues at LAMP helped me figure out why teaching seemed to be getting harder rather than easier.

I applied to the Bacca Fellows program because I wanted improve the writing assignments in a course I regularly teach, the gateway course for the interdisciplinary certificate in Latin American and Caribbean studies. For this class, I usually have students produce a website on a topic of their choice, analyzing examples of media coverage, cartographic representations, or sonic landscapes. I assess these posts only for their critical reflection and intellectual creativity rather than for grammar or mechanical proficiency or prose style, hoping students will discover the pleasures of writing to process and communicate their thoughts rather than to complete a task. I’ve found myself frustrated, though, by students’ reluctance to use this assignment for the experimental, thinking-out-loud purpose I envision.

I realized through conversations at our LAMP gatherings that I was actually wrestling with a much more pervasive problem of how to keep up with assessment amid all my other responsibilities. My own concerns about giving students timely feedback were compounded by students’ anxieties about their grades. My desire to cultivate in students a regular habit of writing is, of course, at odds with their desire to monitor the pulse of their GPAs. Perhaps this preoccupation is particular to a generation of students that have been tested within an inch of their lives practically since birth, but these are the students we now teach, and assessment obsession seems to be here to stay.

Three obvious factors have changed since I first arrived at Duke in 2002. First, I have taken on many more professional obligations. These opportunities are increasingly gratifying, both intellectually and personally, but they are also time-consuming and higher stakes—more likely to involve inflexible deadlines for things that significantly affect students’ and colleagues’ careers. When I hit what I’ve come to think of as “triage season,” these commitments inevitably take precedence over student feedback.

Second, the Duke student population has changed. We have more students who are the first in their families to attend college or grow up speaking a language other than English at home. These students are exceedingly gifted, and their presence noticeably enriches classroom discussions not only with their sheer smarts but also with their diversity of perspectives. But they often don’t write in polished, conventional prose. Their writing often is pithier and more expressive than other students’, but I sometimes worry that if prospective employers or graduate programs only encountered these students through their writing, they would badly underestimate their intellectual and analytical capacities. So, I find myself fussing over how to ensure that these students thrive at Duke and succeed after they graduate.

Finally, pedagogy itself has changed. When I arrived, the standard History class centered on biweekly lectures, a midterm and final exam, and perhaps a short presentation or writing assignment of the five-paragraph-essay variety. Now, students and faculty alike have come to expect far more creativity in terms of assignments, class formats, and opportunities for student interaction. This more engaged pedagogy is more effective for achieving learning objectives and is definitely more interesting for everyone involved, but the planning and assessment are also generally a lot more time-consuming.

I can’t change any of these three developments, nor would I want to. What I learned from the LAMP discussions, though, was how I might learn to let go a bit — to allow the students to learn on their own and from each other and to recognize that I can’t actually “fix” all my students’ writing. Indeed, I may be interfering with my own goals by giving students more feedback than they can absorb.

So, what does it mean to let go? In my case, it meant including more opportunities for peer review and opening up more space in class for talking about writing, using the class itself as a focus group. The most important objective in writing, after all, is to communicate effectively, and workshopping their writing with classmates actually offers a better gauge of efficacy than my feedback.

ABOUT THE AUTHOR: Jocelyn Olcott is Professor of History and Gender, Sexuality, and Feminist Studies at Duke University. Her first book, Revolutionary Women in Postrevolutionary Mexico, explores questions of gender and citizenship in the 1930s. Her second book, International Women’s Year:  The Greatest Consciousness-Raising Event in History considers the history and legacies of the United Nation’s first world conference on women in 1975 in Mexico City (Oxford University Press, Spring 2017). Her current project, a biography of the activist and folksinger Concha Michel, a one-time Communist who became an icon of maternalist feminism and a vocal advocate for recognizing the economic importance of subsistence labors, is under contract with Duke University Press. The book follows Michel's life story from the late nineteenth century to the late twentieth to examine the ways that the concept, labor, and policies surrounding “motherhood” articulated with major shifts in political-economic thought—from late-nineteenth-century liberalism to revolutionary nationalism, populism, modernization theory, dependency theory, and neoliberalism.