Not Everything Works for Everyone

Not Everything Works for Everyone 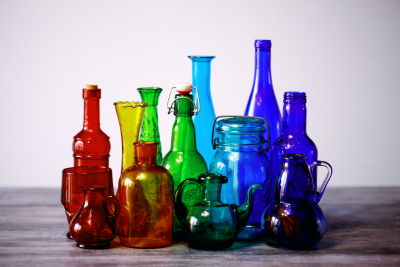 When I arrived at Duke, my first semester of graduate school was plagued by doubt. Am I qualified for this? Is this what I want? And what’s the point of all this anyway? A major factor contributing to this lackluster feeling of uncertainty was the climate in one of the courses that I chose to take. The course was supposed to be a seminar, with zero lecturing and lots of discussion: students were expected to speak up and participate in the debate. This is what the instructors told us, at least. In practice, my experience was very different. Although the course was intellectually stimulating, I often felt as if there was no room for an open conversation. Some few students monopolized the discussions, several others seemed uninterested, and I felt like my voice was just not heard. Not much changed throughout the semester. I grew impatient and frustrated. Eventually, I found myself withdrawing more and more from what could otherwise have been a fun and fruitful semester-long conversation.

A course that I took during my second semester completely changed my outlook. On paper, this course looked very much like the previous one. It was another seminar, with zero lecturing and lots of discussion. Students were again expected to speak up and participate in the debate. But my experience could not have been more positive. From the start, it was easy for me to follow the discussion, remain interested, and contribute to the conversation. And as far as I can tell, so did everyone else: despite the permanent state of disagreement when philosophy is concerned, students (and one postdoc) seemed to genuinely listen and respect each other’s opinions.

What changed? Why was my experience with this course so different from the first one? I can’t say for sure. But I suspect that it was the instructor’s teaching style that really made a difference to me. They had a very personable approach to teaching. They would often call students by name and individually invite them to contribute to the conversation. When someone said something that related back to what someone else had said, they would point that out and give one student the opportunity to respond to the other. If they ever noticed a weakness in what a student had said (as they often did), they would push the student back and solicit everyone’s help in assessing the merit of the student’s assertion. This all took place in what felt to me like a non-threatening atmosphere.

I felt invigorated. So much so that when I first started teaching, my goal was to emulate the type of debate that I had experienced in that class. To this purpose, I often tried to conduct in-class discussions much in the same way that I have a conversation with colleagues. If I noticed someone losing interest in the debate, I would reach out to them. If someone’s view was criticized, I would give them the opportunity to address those criticisms. If one or two students started to monopolize the debate, I would invite others to share their views. If someone’s assertion went unchallenged, I would give students reasons to challenge it. To this day, I continue to go out of my way to ensure that every student feels welcome to participate in the discussion and that all voices are heard.

Much to my surprise, however, I recently heard from a fellow student who took the same course that I did in my second semester how dissatisfied they were with it. They had a horrible experience with what they perceived to be an aggressive instructor. As they told me, they felt diminished and disrespected by the instructor’s insistent questioning of their views. They felt stunted by the instructor’s persistence in getting, almost forcing, them to participate in the conversation. Needless to say, they did not thrive in the very same course that continues to inspire my teaching. This came to me as a mild shock. My first instinct was to dismiss my fellow student’s experience, chalking it up to some big misunderstanding. But as I came to reflect on this a bit more, I’m convinced that our diametrically opposed reactions to the same teaching style amounts to a simple fact: not everything works for everyone.

ABOUT THE AUTHOR: Rafael Ventura recently completed his PhD in philosophy at Duke University. His dissertation was on evolutionary models of language. He is also interested in the use of quantitative methods and digital tools in philosophy. During his time at Duke, Rafael served as the Assistant Director for the Center for the Philosophy of Biology and worked part-time at the NC Museum of Natural Sciences.