Reading What Isn't There

Reading What Isn't There 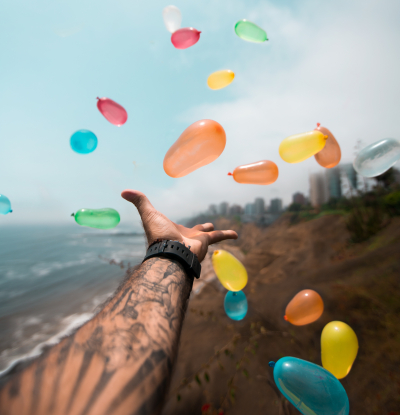 There are a host of reasons why grading can be grating: it is time consuming in a job that already demands more work than we like to acknowledge; the quality of student writing varies drastically and unpredictably; and the pressure to earn high marks means students who don’t will often approach instructors as though grades were a negotiation. Each of these issues informs my complaint, but they are not what I truly dread. For me, the worst part about grading is “being bored” by my students’ writing, and nothing is more boring to me than reading a paper that regurgitates class material back like a knockoff that misses the mark. It may sound harsh, but I don’t want to read a paper that restages Laura Mulvey’s “Visual Pleasure and Narrative Cinema” for the umpteenth time, nor do I want to see my lecture on exploitation cinema parroted back, word for word. Boredom can serve an important function in critical thinking, though, and in this instance, it suggests to me a failure of imagination. That is, perhaps I had failed to explain the many shapes the critical essay could take. To many students, a good essay goes no further than competency over content, stopping just after paraphrase and summary have been achieved. This skill, though necessary to master, is a mere building block on the way to bigger and better things. How, though, do we get students to take the material we cover, glean insights and questions, and turn those lines of inquiry into tools for apprehending the world?

This got me thinking: perhaps there should be more creativity in student scholarship. I heard a friend recently confess to me that their favorite teacher in college gave them one dictum: “If you want an A in this class, entertain me.” While I would not go so far as to make this demand of my students, the flip side could be, “Please don’t bore me.” Teachers are people and a boring paper will result in decidedly less engagement. But what is boring is not a simple matter, either, and often is a highly subjective experience that stems from repetition, imitation, and expectations. The papers that rise to the top of the stack tend to surprise me; they take the content we’ve been exploring and turn it on its head; they use it in a strange ways or apply it to a new topic, with startling results. But how do you teach your students to surprise you?

Lately I’ve been trying to model surprise in the classroom by thinking counterfactually. What is that? The OED defines “counterfactual” as, “pertaining to, or expressing, what has not in fact happened, but might, could, or would, in different conditions.” In a class I was teaching on the history of sexual representation across cinematic and hard core traditions (“Sex on Screen”), I found myself growing frustrated while teaching Mike Nichols’ film The Graduate (1967). Though it was only my second time teaching this film, I sensed I was tired of it. The impulsive solution would be the easiest: pick another film the next time I teach the course. But The Graduate is an important film in the grand scheme of things, I reminded myself. Why was i already bored with it? Was it the film itself or the way my students wanted to talk and write about it? I decided that I needed to find new ways of approaching (and investigating) The Graduate, so I began to ask impossible, unorthodox, unexpected questions. In other words, I began asking questions about the film that wasn’t made; a version of The Graduate that might have been. “What would it mean,” I asked, “for this film to take the infamous Mrs. Robinson as its protagonist instead of the naive Benjamin? How would that shift in perspective alter our understanding of this film? What would we learn that the film struggles to tell us in its extant form?” From this initial line of questioning we could go in any number of directions: What if Mrs. Robinson were Mr. Robinson? What if Mr. Robinson were gay? What if Mrs. Robinson were black?, and so forth.

The tone of my students’ discussion changed almost immediately. They were curious, too, because I was asking them to do two things: reveal to me the assumptions and power structures that undergird the film, and imagine an alternative world. These are two objectives I hope all my classes achieve, but they’re challenging questions to approach head on. To approach a topic counterfactually is often to be situated in either a utopian or distopian space, and, furthermore, to be in the realm of supposition. Students in my class speculated that Mrs. Robinson would become a more fully-formed character, that her backstory of being an unwed pregnant student would take greater prominence, that she might even become less villainous and more sympathetic, that her sexuality would not be limited to the “seductress” or “cougar” as it is often read, but more in line with the sexually liberated woman who decided that she wanted sex outside of the heteropatriarchy of the late 1960s. All of this was very interesting, but accessing these insights required a detour. So then, how do you teach something that isn’t there?

Furthermore, why is the proposition of imagining an alternative so appealing? A TV show like the Philip K. Dick adapationThe Man in the High Castle imagines an America that had lost WWII, and as such, presents the dystopian consequences of such a divergence from history. So too does the recently deceased Philip Roth’s The Plot Against America present an alternate reality where Charles Lindbergh defeats Franklin D. Roosevelt in the 1940 election. The counterfact—the “what if” it hadn’t been the way it was—reorients our understanding of what actually came to pass. It operates precisely at the level of what Freud called the uncanny (unheimlich, or un-homely). It is a prospect of something familiar that we can recognize has become unfamiliar and so shares kinship to speculative and science fiction that cognitively estranges. It’s the world as seen through the carnival mirror; we recognize the distortions that then allow us to to re-see the original--in the case of The Man in the High Castle, history. While the counterfact has been deployed as a useful tool within philosophy, psychology, history, and political science, among other disciplines, I wanted to apply it to a film course, where close-reading and critical analysis were the objectives.

Counterfactual thinking was an exciting prospect for envigorating the classroom, but it also came with certain anxieties. Was I was giving license to my students to become fiction writers—to create a new text instead of analyzing the one at hand? As a fiction writer myself, I am not opposed to creativity, but in the spirit of maintaining some deference to the films we screened in class, I worried that counterfactuals invited little more than wild speculation. And what would I do about grading? There’s no way to say, “No, that could not happen,” because the whole point is to ask, “well, what if it could?” In a sense, the counterfact might grant more insight into the desires of the author than the world itself (ignoring for the moment, postructualist thought on authorship). I’ve been trying to negotiate this risk in my students' papers after several students took me up on the challenge to write a counterfactual essay. The results have been pleasantly surprising. I found that my students wove their counterfactual interpretation out of what was there, the extant film itself. Additionally, they took this challenge as an invitation to incorporate different modes of scholarship in rich conversation—not just close reading, as I typically champion, but also reception studies concerning target audiences, archival research into original scripts, paratextual analysis of advertising, journalism covering interviews, a discursive analysis of the ratings system, and contextual analysis of historical events. The counterfact turned my students into sleuths. The counterfactual situations they spun out were built upon a wealth of texts that existed, but which normally were not brought into conversation. When there is no “there” there, my students had to be even more convincing in their argumentation. In the process, their arguments came alive. I found myself not bored, not even by a long shot. I was right there with them, imagining what wasn’t there, and seeing all the more clearly what was.