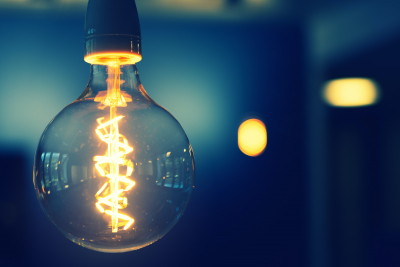 In an interview, author David McCullough stated, “Writing is thinking. To write well is to think clearly. That's why it’s so hard.” In other words, we frequently don’t know what we are trying to say until we start writing down our ideas, weighing the arguments as we draft them, organizing loose thoughts into a coherent whole. This is a useful concept for the students in my Writing 101 class, who often believe that they need to know exactly what they are going to say before they start writing. This expectation can, in turn, lead to writing paralysis, especially while staring at the blank document of a new piece. I go over strategies with my students to address this, such as writing outlines, doing generative writing (writing about the piece rather than writing the piece itself), and leaving the introduction, which can feel like the most daunting part of the paper, for last.

This semester, I have come to realize that one might just as easily say, “Teaching is thinking.” Just as my students feel that they have to know what they are going to write before they write it, I feel that I must know exactly what I will be teaching, and how, before the semester begins. Teaching my Writing 101 class this semester was an exercise in letting go of that belief and embracing the idea that teaching is not a predictable task that you can plan out entirely in advance. Even before the COVID-19 outbreak, the course that I taught this semester was a messy one, and between the curricular adjustments that I made in the first half of the semester and the switch to online learning in the second half, I had to embrace teaching as a work-in-progress, a living, growing thing.

For some background information, Writing 101 is the academic writing class that all Duke students are required to take in their first year. Each class has a theme, chosen by the instructor. In past semesters, I have taught courses themed around podcasts, magical realism in literature and film, and monster stories from around the world. In the summer of 2019, I taught a Writing 101 class titled “Word Art,” which was themed around written texts, images, and texts that combine writing and images. We looked at ekphrastic poetry (poems that are inspired by visual art), photo essays, graphic novels, memes, public service announcements, and more. It was fun to teach, as I have a passionate love of both writing and visual art, and the content felt digestible, which was especially important for a condensed, six-week class that met five days a week.

had two main concerns with the class. The first was that the semester felt disorganized; we talked about images, and texts, and pieces that combined images and text all at the same time, and it felt somewhat incoherent. The second was that I didn’t really know what it was about. What exactly were we achieving by looking at these texts? What larger questions were we trying to answer? On a related note, I felt that the class lacked intellectual rigor. The students analyzed an image or a written text, wrote a research paper on that image or text, and then created their own text that used both images and writing to convey a message or idea. They were working on their writing skills, certainly, but what more were they gaining from the class?

I applied to the BACCA program to help me redesign the class, which I would be teaching again in the spring of 2020. My two main goals were to restructure the class so that it felt more clearly organized and to add more intellectual rigor. Through meetings with the other BACCA fellows and the BACCA coordinators, I decided to restructure the class so that we would look first at written texts, then images, then texts that combined writing and images, like memes and graphic novels. This addressed the issue of a lack of coherence. The second issue, not really knowing what the course was about, and wanting to add intellectual rigor, was a bit thornier. It wasn’t until I was putting my syllabus together a few days before the semester started that I realized what I wanted to focus on.

The most interesting part of the class, for me, had been the times when we looked at issues of credibility, reliability, and ethics. For example, in one class we read articles about the dangers of Photoshop, and in another, we discussed whether there truly is such a thing as plagiarism. I therefore decided to focus the class around issues of ethics, credibility, and reliability. Each class, we read an article or two that raised an issue in this realm and then looked at a literary or artistic example that addressed this issue. For instance, we read articles about where to draw the line between fiction and nonfiction and then read an excerpt from Love and Consequences, a book that was sold as a memoir of a woman who grew up in foster care in a gang-controlled area of New York, but which turned out to be entirely fiction.

I found this redesign to meet my desired goals of adding structure and intellectual rigor to the class. The class discussions were lively, and the students grappled with complex questions such as whether documentary photographers have an obligation to intervene in the disasters that they are capturing. Their papers were thoughtful and interesting, and I saw more development of critical thinking skills in this course than in previous courses that I have taught.

Once the pandemic hit, I had to do yet another re-envisioning of the class. Like all faculty teaching in the rapidly changing circumstances of the past few months, I scrambled to determine how best to meet student needs. How much of the remaining curriculum should we cover? What was the best way to make that material accessible in an online environment and in the midst of a traumatic, worldwide event? As it turned out, the final assignment of the class, a creative piece in which students combined images and written text in some way to convey a message or idea, made this restructuring relatively easy. I dropped many of the smaller assignments and readings and built the remainder of the class around supporting students as they developed their pieces. While a few students focused on themes unrelated to COVID, most used this assignment to process their new reality: a zine offering tips on how to stay positive under quarantine, a photo essay by a South Korean student (who had returned home) about that country’s recovery process, a public service announcement about the importance of wearing masks, and a graphic narrative about how a student’s family dynamics shifted during the weeks of quarantine. At the end of the semester, many students noted that this assignment helped them come to terms with difficult emotions or thoughts around the COVID outbreak.

Teaching this class felt a bit like building a plane while I was flying it, even before the pandemic hit. The subject area was a new one for me, and I did not have much time between when I came up with this restructuring and when the semester began to think through readings, assignments, etc. It was frankly a bit scary. I worried that I was not giving students a clear enough sense of where we were going in the class, because I did not have a clear sense of that myself. Yet I have come to see this as a productive discomfort. Teaching the class helped me figure out what the class was about, just as writing helps the author figure out what the piece is about. If I teach the course again, which I hope to do, I expect to have a clearer sense of where I want the course to go. But I do not want to fall into the trap of thinking I need to have everything planned out in advance. That robs me of the ability to go in an unexpected direction, to follow an interesting thread that has arisen during class discussions or while reading my students’ work. I think most teachers would agree that a certain amount of flexibility is important in the classroom, but I am hoping to push my sense of discomfort a bit more in the future. This will be particularly relevant in the upcoming fall semester, given all the unknowns around what teaching will look like. I will do my best to remain open and flexible, and to come to terms with the uneasiness of not knowing at the beginning of the semester what the class will look like by the end.

ABOUT THE AUTHOR: Alison J. Klein is a Lecturer in International Writing at Duke University, where she is currently teaching a class on podcasts.