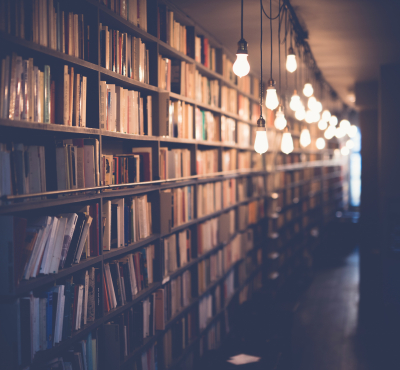 What happens when you’re teaching a course on student protest narratives, and a protest emerges just a few yards from your classroom?

With only four weeks left in the semester, the class was going well.

Then, on April 1st, just across the quad from my West Campus classroom, nine Duke students began a sit-in to protest the treatment of parking and transportation employees. As members of  Duke Students & Workers in Solidarity, students demanded an increase in the minimum wage, as well as an outside investigation of employment practices, including alleged harassment and discrimination.

For four weeks, this story figured prominently locally--in campus publications and conversations--and received national and  international media coverage. Over the four-week protest, supporters pitched about a dozen tents in the quad just outside the building. At times the protest site had 200 supporters and included teach-ins, rallies, and visits by activists including Reverend Dr. William Barber, President of the North Carolina NAACP.

Here we were studying how narratives are created, circulated, and documented in student movements—and a story was unfolding just yards away.

I had a decision to make: Continue with our course calendar and make peripheral references to the protest or revise my course schedule and lesson plans to focus on the protest--along with all the surrounding conversations and narratives--playing out before us, and, for that matter, with us.

It wasn’t my decision to make alone.  I asked students if they wanted to make a major change late in the course in order to focus on the protest. The students decided to study the protest more closely.

We agreed to adjust deadlines for their ongoing research project and turned our attention to the protest. I knew that I had an important opportunity as a teacher, but these last minute changes, along with the intensity of the event on campus, meant that I needed to proceed deliberately, even as we improvised. I decided that we would try to document the event while in the midst of it. How might we collect artifacts and materials as evidence for those who will try to tell the story and write the history of the event?

1. We collected quotes: ones that we had heard, ones that we read on sources such as Twitter and Facebook, and ones in the campus newspaper.

2. We formulated questions about the event and about our own process of making sense of the event. We wanted to know:

3. We analyzed our current knowledge about the protesters’ demands. What did each of us know and how did we know it? What narratives were we already constructing?  For many students, information about the protest came primarily from one source (like the student newspaper), and their positions rested on strongly held beliefs about how protests happen.

4. We aligned their questions about the dominant narrative they saw emerging in the coverage of the protest with our study of narratives more broadly. For example, throughout the semester we learned about the discursive power of tropes. Thus, we sought and named prominent protest story tropes, including: “social justice warriors;” characters who will protest just about anything; the administration as “the man;” and the conviction that it’s only larger-than-life individuals (Rosa Parks, Martin Luther King, Jr., Elizabeth Cady Stanton), not ordinary citizens, who lead movements. Studying activist narratives, particularly as they are developing, means engaging with our own role in reinforcing protest narrative tropes.

5. We also focused on discovering the many voices in the story: the activists, the administrators, other students, community members, Duke workers, even apathetic voices. It was important for the students to notice there *are* many voices, even if they are not an explicit part of the conversation as the students see it unfolding in the sources of information they choose.

How do you document a movement when you’re in the middle of it?

I collaborated with archivist Amy McDonald and the University Archives staff to develop an assignment that would allow students to gain practice in the skills related to documentation. For one class session, we documented what we could in 60 minutes. At the protest site, we gathered material using qualitative research methods such as writing field notes and interviewing people in and around the site. We also took photos and sound recordings of items related to the protest, including, for example, the banner that listed students’ demands, a sound recording of a clarinet player, and flyers.

Students were clearly learning as they discovered and reflected on their assumptions in light of their research:

As students gathered information that could be useful for documenting the protest, they gained a greater understanding of the story’s complexity and the need for multiple sources of information. Their interviews with the sit-in students, for example, offered different, conflicting details about the negotiation process than the description in a university-wide email from the administration earlier in the week. By stepping into the site as curious researchers we made our study of student activist narratives--how they develop and how they circulate--real.

Not all students were comfortable with an assignment that generated more questions than it answered. They wanted certainty and a straightforward narrative. They looked to me for answers, asking what I thought of the tactics, which demands would yield the optimal results, and what I thought should happen next. As the end of the semester approached, understandably, they became less comfortable with ambiguity. Learning the complexity and the nuance of documenting a student movement was not enough. And as the practical matter of finishing those research projects reemerged, some also became frustrated with the previously agreed-upon new deadlines, saying that the deadlines were “too rushed” and conflicted with deadlines from other courses.

For others, however, the uncertainty was a welcomed invitation to think critically and to apply course concepts to a specific protest in our community. One student described our assignment as meaningful because we were not only studying a protest on our own campus, but also employing research as activism--contributing artifacts that would allow for a more complex understanding of the protest for future Duke students to study. Other students felt “the research was real” and said, “This is why I came to Duke.”

Week 4: Think beyond the moment.

The tents came down on the last day of classes, but the protesters committed to continuing their work over the summer through the start of the new academic year. As our class concluded, I invited students to consider their own responsibility as university citizens and as students of stories. I asked: Where will the movement be in August? Where will they be in their own thinking about the movement in August? What will be their sources of information when they return? In short, how might they use their experience with this protest to challenge themselves to pay close attention to what’s happening on their campus and to read critically stories as they unfold around them?

I teach engagement--engagement with course materials, with their own questions, with what’s happening around them--on their campus and in their lives. Sometimes that means having a willingness to sacrifice certainty (of calendars, of lesson plans, of student satisfaction) for the unknown possibilities afforded by slowing down and teaching a moment.

Polletta, F. (2006). It was like a fever: Storytelling in protest and politics. Chicago: University of Chicago Press.

NOTE: This blog was originally published in Change: The Magazine of Higher Learning.

ABOUT THE AUTHOR: Jennifer Ahern-Dodson (PhD in English/Rhetoric & Composition) is Director of Outreach for the Thompson Writing Program and directed the Language, Arts + Media Program Lab. She has been involved in a number of interdisciplinary initiatives focused on public scholarship at Duke, leads faculty learning communities that explore pedagogical innovations in writing and undergraduate research, and teaches multimedia composition. She also developed the Faculty Write Program, which emphasizes communicating ideas across disciplines and collaborative learning. Since 2002 she has co-created Durham based storytelling projects with students and community members. She is @jaherndodson on Twitter. Contact Jennifer at jahern@duke.edu or (919) 660-4393.