Language and Knowledge Go Together: Building an Experimental Website on Linguistic Rights

Language and Knowledge Go Together: Building an Experimental Website on Linguistic Rights 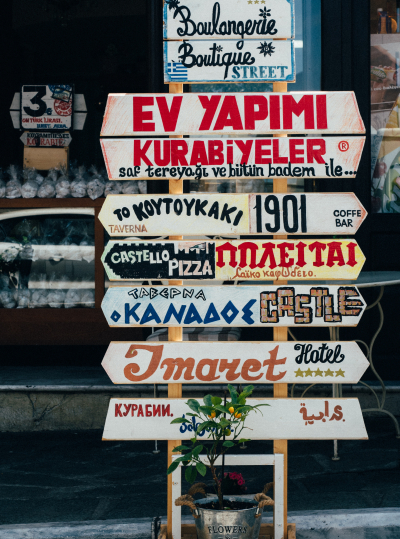 A few years ago, a Colombian professor of literature revealed the mystery of the signature of Manuel Quintín Lame. Leading an indigenous insurrection and advocating for an intercultural model of education, Quintín Lame was arguably the most influential indigenous leader of the twentieth century in Colombia. His signature had always been a bit of a puzzle for researchers and commentators. Next to his name, which could be easily identified, he signed with what many people considered to be a curious and shapeless doodle. It turned out, the professor remarked, that the unreadable ‘doodle’ was nothing else than a representation of the traditional territory of his Nasa culture. What was impossible to see for non-indigenous Colombians, was an evident truth for the Nasa. The discovery reframed all research about Quintín Lame’s legacy and thinking: researchers corroborated that his thought could not be abstracted from his mother language, world-view, and the territory he inhabited.

As instructors in the class Identity and Linguistic Rights in the Spanish Americas, we faced the challenge of transmitting the valuable lesson of Quintin Lame to our students in a way that they might find meaningful. How can we recognize that the place and language in which we think strongly influences what we can know about the world? What does this mean for the dominance of languages like English and Spanish in the production of knowledge in universities in the United States and Latin America? How can we participate in the creation of new ways of learning about languages and cultures that are perhaps less unbalanced? Thinking about these questions and a way to get students to engage deeply with the problems they pose, we included in the syllabus of the class the creation of content for a website intended to intervene on these debates: Derechos lingüísticos. Lenguas originarias en las Américas. The idea was that if students knew that a wider public could read them, they would be motivated to produce content of a higher quality and adjust their writing to address a non-specialized reader. In addition, the task would perhaps lead them to understand their own work in the class less as a requirement and more as an exercise in true communication.

Students enrolled in the class collaborated with Mexican peers taking an analogous class in the University of the Americas (Puebla), led by professor Myrna Iglesias, to create content in Spanish for the website. Since they had virtually all freedom to choose the type of media they wanted to produce, the result was a varied array of outputs including interviews, essays, and audiovisual resources. At the end of the semester, the feedback from the students was quite positive. All of them seemed to have enjoyed the experience of using their proficiency in Spanish to work in transnational groups to create content that would be available for anybody to read online. Although they recognized that it was sometimes hard to coordinate with their team members, during the presentations of their final work to the rest of the class they expressed great satisfaction about what the experience had taught them. Some recognized that writing in Spanish for the website had led them to rethink their own relationship to English and its status as the ‘ultimate’ language of knowledge in academia. Others expressed how the spirit of the project helped them to recognize that the place from which they speak (e.g., as students in a U.S-based elite university, as individuals coming from different cultural backgrounds…) deeply influenced the type of knowledge they could understand and transmit. The most rewarding part for us, as instructors, was to realize how the work of the students for the website reflected a very deep personal and intellectual connection with the questions the class sought to address. In other words, to recognize in the students’ observations a sense of what we called above the lesson of Quintín Lame. We believe, given these results, that the experiment was a success worth continuing.

Looking back, the main limitation that the new element of the class presented was that students had too many assignments that ‘competed’ with the content they had to produce for the website. Accordingly, most of the semester students focused on working on their reading notes, presentations, and forum discussions. Only the last month was truly devoted to the content of the website. Although the work throughout the semester naturally informed the final worked published online, it was clear that the results would have been far superior if they had started towards that final goal from the first week. Building on this experience, in future semesters the structure of the class will be modified to assure that all work in the class leads to the creation of high quality input for the website, as opposed to having the website as just one of the components of the course.

ABOUT THE AUTHOR: Liliana Paredes is Professor of the Practice in the department of Romance Studies at Duke University. She directs the Spanish Language Program and the Intensive Spanish Summer Institute. As a sociolinguist, Paredes teaches and studies issues of linguistic rights in the Americas. She has been part of the Duke Immerse cluster Rights in the Americas for three consecutive years and she has taken students to México twice. As a sociolinguist, Paredes is interested in issues of language migration, languages in contact; and linguicism. Nicolás Sánchez is a doctoral candidate in Latin American Studies at Duke University. His research and professional interests include the relationship between literature and political economy in Latin America, Postcolonial and Marxist Theory, and teaching as a tool for developing critical thinking. He has taught different language levels of Spanish at Duke and has been a teaching assistant for the class Identity and Linguistic Rights in the Americas.